I Remember
I remember always, but more so at this time of the year and even more so this year as Britain commemorates the 70th anniversary of the beginning of the blitz. It isn't always an intentional remembrance, it is simply a part of my being. These were the years of my childhood.

I was eight years old in September 1939, the fourth in a family of six children. We lived in a quiet working class suburb on the border of Kent and London. During the blitz it would earn the nick name "Bomb Alley", but that was a whole year away. Meanwhile all manner of "just in case" things happened. Air raid shelters were installed in back gardens and on our school grounds. Civil defence units were formed, gas masks were distributed to everyone. The cottage hospital at the end of our street was built around with sandbags. All the windows in our school were blast proofed with a thickly glued netting and we had Air Raid Drill.

On Saturday afternoon September 7th 1940, while our local Civil Defence units were conducting a public demonstration of their resources on Erith riverside, the sirens wailed as the first wave of enemy bombers flew overhead on their way to London, bombing industries all along the way. By nightfall the river was ablaze, lighting the way for the next wave of planes. 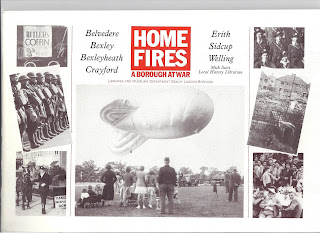 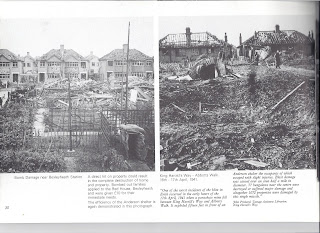 We spent fearful days and nights in bleak comfortless air raid shelters. Food, clothing and other necessities were strictly rationed. 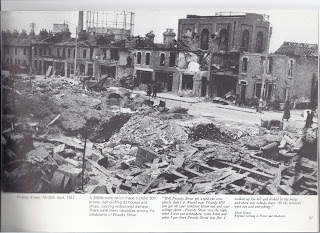 .
My parents' generation knew how to cope, how to make do and mend. They had survived the privations and losses of the First World War, just twenty years before, and the Great Depression that followed. Now they took on the jobs of the young men and women who had been conscripted into the armed services; many elderly people left retirement to do so. 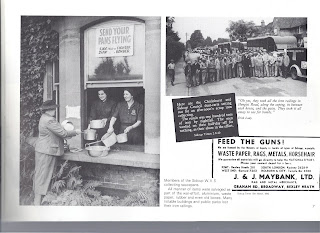 They manned the Civil Defence in every way by day and by night. They drove ambulances, provided emergency accommodation and food services. They collected scrap metal and salvage. They kept the schools open and somehow, against all odds, they maintained an amazing standard of optimism and certainty for we children. I remember them.

"The greatest possession we can ever have is courage. And we must have it also for our children, which is the most difficult kind of all. We shall sap theirs if we let them see us worrying, if we talk about the difficulties of these times and not about our multitudinal blessings." Woman and Home Magazine July 1942
Many memories were simply stowed away six years later at the end of that terrible war. There was so much to look forward to. We could go bed at night with the certainty of staying there till morning. We could make plans for tomorrow and next week without fear of air raids. The shatter proof netting was removed from our school windows and we could see out. We no longer had to carry a gas mask at all times, All evil had been vanquished and, quite soon perhaps, rationing would come to an end.
Or so it seemed to one gullible child.
Posted by School on the Heath at 6:03 PM
Labels: Remembrance The Blitz Childhood