Down the Garden Path

"Now 'tis the spring and weeds are shallow rooted,
Suffer them now and they'll o'ergrow the garden"
Shakespeare 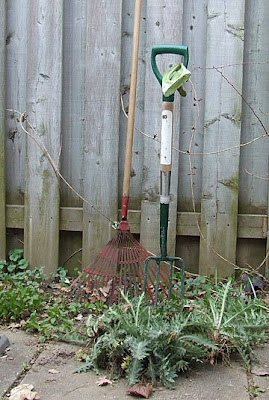 Our suburban garden was a model of low maintenance when we acquired it sixteen years ago, just two or three meager shrubs, a sparse lawn and a little square of patio stones behind the kitchen door. No weeding to be done, no leaf raking, just grass to be cut once a week through the summer months and perhaps fertilized once or twice a year. I couldn't just leave it alone, of course. 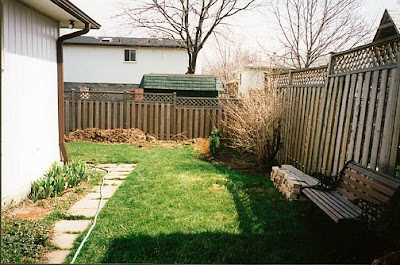 We had to bring a few of my favourite peonies from the last house. We planted a couple of rowan trees, "for the birds, for privacy, and to soften the ugly fence." The children each gave me a lilac bush for my birthday, one white and two different shades of purple. Friends and neighbours gave us cuttings, we dug a flower border and built a little garden shed, and so it continues. We will never make the list of noteworthy gardens, but it gives us great pleasure. 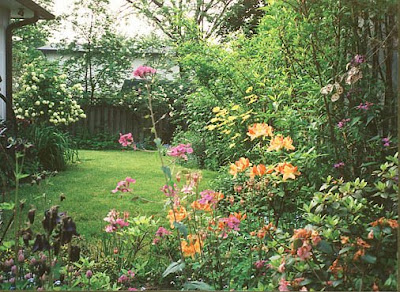 An afternoon spent raking and weeding last week revealed some of the winter casualties. We have lost most of our azaleas. A little row of euonymus, planted last fall to border the footpath and replace work intensive annuals and perennials, has been eaten to the ground. We suspect the local rabbit population, but it was a bitter winter and they had to eat something. One clematis is thriving, the other is clinging to life. There is much to be done. I need some advice and sympathy. So I turn to a cup of tea and my garden books, where I am sure to find kindred spirits.
"It has not been all success."
Helena Rutherfurd Ely 1858-1920
Helena wrote three books on how to create and maintain a hardy garden, American style. They were very well received.The first,"A Woman's Hardy Garden", published in 1903, was reprinted many times and sold more than 40,000 copies. Beautifully illustrated, "with photographs taken in the authors garden" they take us back to gracious days when, she wrote,"it is well worth while paying a man a dollar a day to do the heavy work." 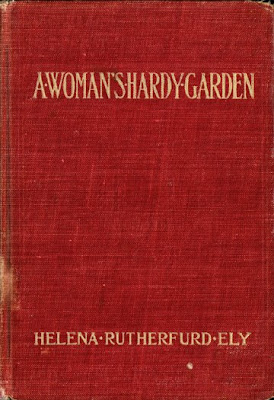 It was Helena's boast that in mid-summer she kept her house supplied with thirty vases filled with flowers from her own garden. One of the beautiful black and white photos shows white capped maids posing with overflowing baskets of blossoms. 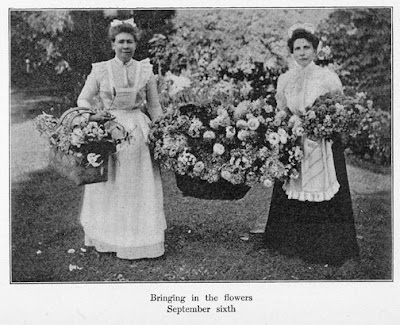 It seems that they took great interest in the garden and, on occasion, volunteered in their own time to help with the deadheading of the masses of pansies in the extensive rose beds.
Despite the availability of plentiful help, Helena was very much a 'hands on' gardener, way ahead of her time. Her daughter wrote, "Her joy was to dig, to sow, to plant and to transplant. She worked on her hands and knees in the garden from four to six hours a day." The practical advice Helena gave is as applicable to gardening in North America today as it was a century ago, even allowing for the current scarcity of men willing to dig for even one hundred dollars a day. She is credited with changing the face of American gardens. Her own beautiful garden in upstate New York still exists and it is still privately owned.
These delightful books are keepers, they have their place on my bookcase beside those of Helena's contemporary across the Atlantic, Gertrude Jekyll. You might turn up copies at thrift shops, used book stores or other treasure trove locations. A paperback version was printed in 1990 but it did not include the gorgeous photos.
Some of my favourite garden books are those, all too few, that were written for children. 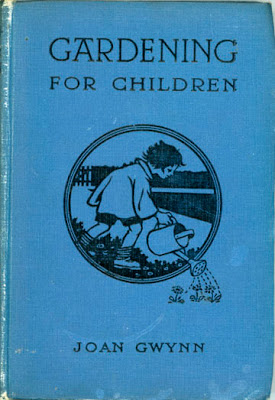 This one is very short on pictures and makes few concessions in the text to it's youthful readers. But it is well worn and who knows, perhaps a long ago child was encouraged and helped to create a little garden. I do hope so. 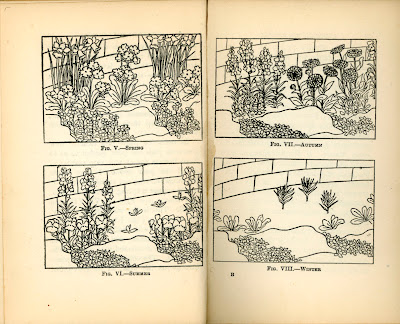 By comparison, H.E.Bates (The Darling Buds of May) wrote this book for his children in 1939, when the war clouds were gathering over his garden in Kent . 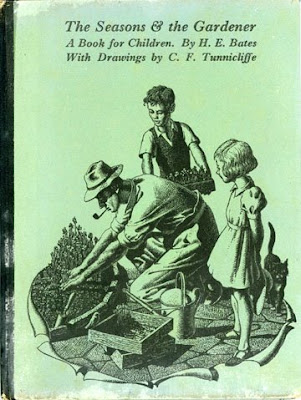 In the dedication he wrote,"That little garden of yours, with its daffodils and turnips and primroses and radishes and forget-me-nots and marrows, all mixed up in the same bed, has already given you a lot of pleasure. When you look back on it and the days you spent there under the pink plum tree, you may perhaps think of it as one of the happiest things in your life. But one day also you will, most probably, want to make a different, larger and better garden for yourselves."
I do sometimes wonder if a love of gardens is genetically linked with a love of books, or are they both a matter of of culture, time, and place. If children are nurtured on "All around the garden, like a Teddy bear" and picture books with "Mary,Mary quite Contrary" and " Daffy Down Dilly has come up to Town", if they later read books like " The Secret Garden", will they be led to go looking for these magical places, even if they are not part of their immediate environment? And then will they be inspired to create a garden for themselves? I do hope so! A garden can be created in such a little space, like the tenement window boxes with roses in Hans Anderson's "Snow Queen". But first it must exist in someone's imagination. 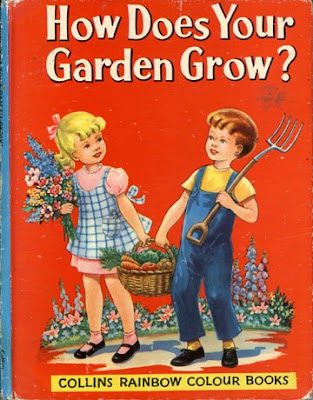 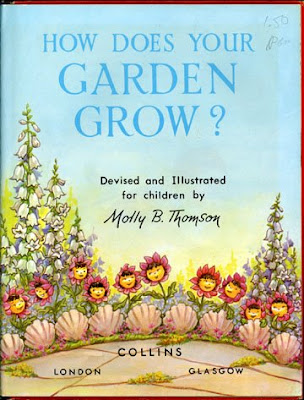 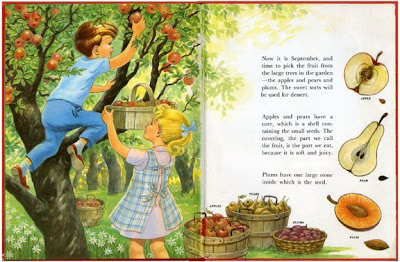 I can't find any information about the fabulous Molly Thompson, who devised and illustrated this darling book, except that she also illustrated for Enid Blyton. But wouldn't you love to step into that old fashioned orchard with the big apple trees?
The Fairy Land Trust is one organization attempting to beguile little children into an appreciation of nature. They have a lovely website that is well worth a visit. http://www.fairylandtrust.org/
Posted by School on the Heath at 9:40 PM
Labels: garden books childrens books, gardening, illustrated books, nursery rhymes